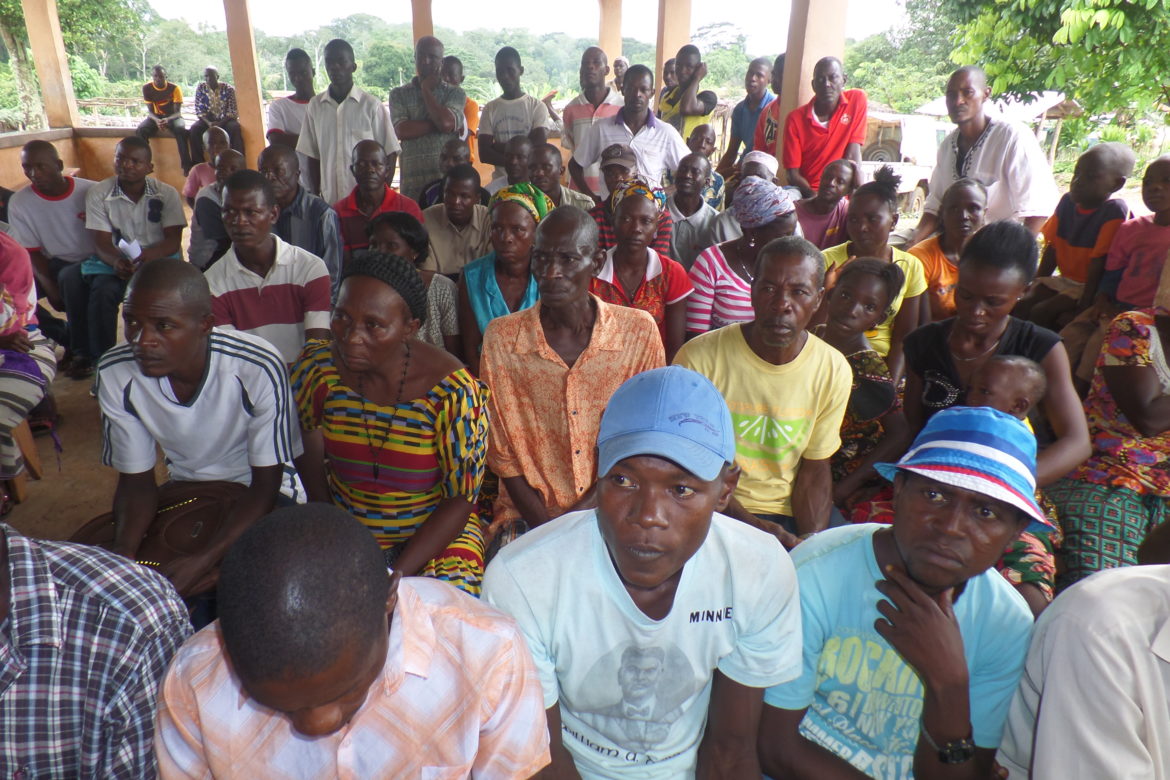 The Twelve (12) Days Fact Finding Trek for the Development of the Produce Value Chain in the provinces (Kono, Kailahun, Kenema and Bo) was undertaken by the Produce Monitoring Board (PMB) under the Ministry of Trade and Industry (MTI) as per the recommendations of MDAs present in the One Day Fact Finding Symposium held in Freetown. The goal for the replication of the same exercise with stakeholders in the province was to create awareness about the existence and operations of PMB and to foster the active involvement of the other produce sector operatives in the transformation of the sector.

The overall purpose of the Twelve Days Fact Finding Trek for the Development of the Produce Value Chain and the Introduction of the New Certificates and Licenses in the provinces was to call stakeholders to collaborate and cooperate with the PMB in transforming and bringing sanity into the produce trade for the benefit of all stakeholder along the value chain and the country as a whole.

In these meetings, participants were properly informed about the mandate, functions and responsibilities of the PMB. The essence of these meetings was to cultivate a wider participation of stakeholders in the sector. The new certificates and licenses were introduced as the tools which the PMB will be using to regulate the activities of all stakeholders operating within the sector.

The new certificates and licenses were designed to help the PMB to effectively and efficiently regulate and monitor the sector. The new documents will also enhance orderliness in the sector and facilitate the easy collection of data for statistical analysis and projections.

The last segment of every meeting was allocated for questions, discussions, suggestions and recommendations, and these elements were recorded for the board to look into their feasibility. Participants were encouraged to make individual contributions so as to ascertain the level of absorption of the mandate of the PMB and what they are expecting to see in the near future, thereby setting the stage for new policies to reflect the views and aspirations of stakeholders in the produce sector.