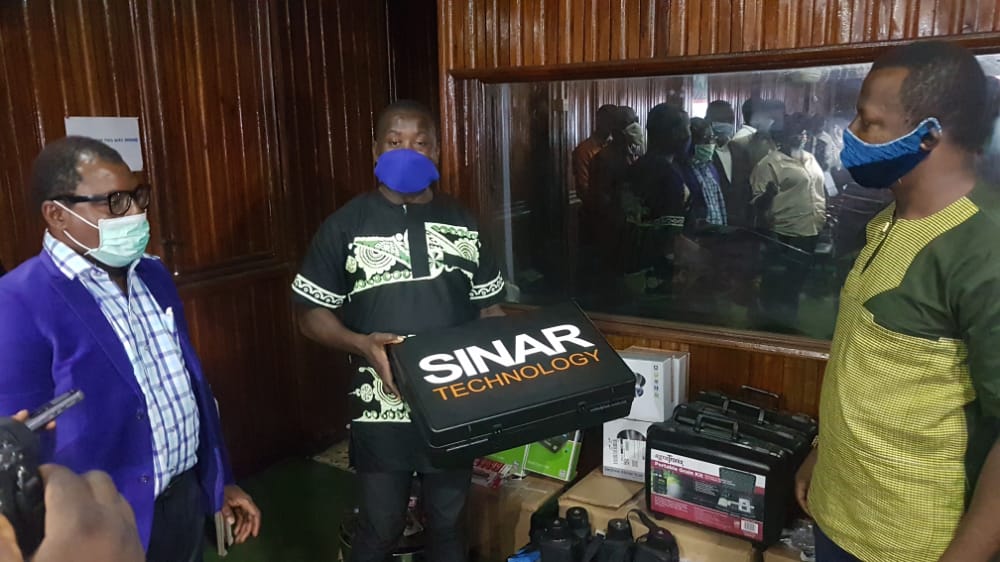 The Formal handing over ceremony of the Physical Cocoa and Coffee Testing/Grading Equipment to Produce Monitoring Board PMB provided by SCADeP was held on Thursday 18th June 2020 in the presence of representatives from Ministries, departments, agencies, farmers cooperatives and other players in the produce value chain such as SCADeP, SLSB, UNIDO, ITC, SLECAD, GIZ, exporters such as Randlyn holdings, Commodities Trading Company and Ali Baz Trading at PMB’s Conference Hall in Freetown.

The ceremony attracted government Officials and the fourth estate. In his welcome address the Executive Chairman, Produce Monitoring Board (PMB) Dr. James Vibbi said the Produce Monitoring Board is the regulatory agency established by an Act of Parliament in 2013 supervised by the Ministry of Trade to monitor and promote the production, processing and marketing of produce.

He said the provision of the advanced Testing/ Grading Equipment by SCADeP will help PMB to improve the  quality of cocoa and coffee that will meet international market requirements and demands, thereby solving one of the greatest challenge of lack of testing and grading equipment that PMB has been facing over the years. Dr. Vibbi added, “before receiving this support from SCADeP,  our technical team has been using the manual means (the knife) to cut-test three hundred beans which have been a daunting task for them and consume a lot of time. With the provision of these advanced technology Testing/ Grading Equipment we will now cut fifty beans in less than a minute, he noted”. 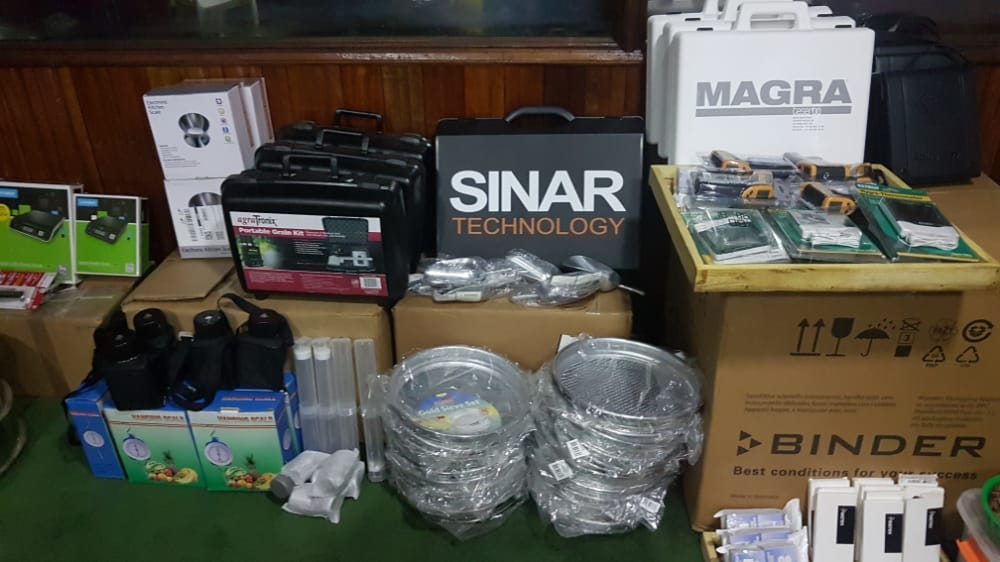 The Executive Chairman said the equipment will also strengthen PMB as a government institution to determine what quality of cocoa and coffee goes out of the country. He noted that with this equipment, PMB is now fully equipped to robustly determine the quality of cocoa and coffee beans that goes out of the country, and will ensure that any cocoa and coffee beans that leave Sierra Leone are within the international market requirements or within the contract specification that exporters in Sierra Leone may have with any of their international buyers.

He appreciated SCADeP for giving PMB the opportunity to make a request for the provision of another mini-laboratory in Kenema which is the hub of cocoa and coffee produce coming from Sierra Leone.

Giving an overview of the donation, the Grant Manager SCADeP Alimamy Kargbo said SCADEP is a government and World Bank project under the Ministry of Agriculture and Forestry designed to improve on agricultural productivity and increase income flows for Farmers, Small and Medium Enterprises (SME’s).

He said SCADeP realizes that PMB is critical to what they are doing as a project, therefore SCADEP provides Market Access Improvement by ensuring Farmers are able to link feeder roads to productive areas to market.

The Grant Manager said the provision of the equipment to PMB is direct support from SCADeP’s component of the Capacity building for State and Non-State Institutions that provide services to Agric businesses as well as smallholder farmers.

He expressed delight for PMB’s participation in the International Cocoa of Excellence in 2017 and 2019 where the Farmers displayed cocoa of high quality such that the farmers were shortlisted consistently to the second round.

The Director PMB Didan Sankoh made a presentation on ‘Efforts to improve Sierra Leone Cocoa beans.

He said PMB has conducted a series of training on Cocoa Quality Management for Farmers and members of the produce value chain.

He said the following are very important in the improvement of the Sierra Leone Cocoa Beans, among others.

Nursery, Pre -Harvest, Harvest, Postharvest, Farm maintenance and management, participating in the International Cocoa of Excellence Awards, development of cocoa and coffee regulatory framework, use of blockchain technology, among others.

He said PMB is poised in ensuring farmers are capacitated especially on Farm maintenance and post-harvest processing in order to enhance quality management and assurance in the Cocoa sector.

He disclosed that PMB is developing the Cocoa Regulations which will replace the obsolete one and to train farmers on BlockChain technology.