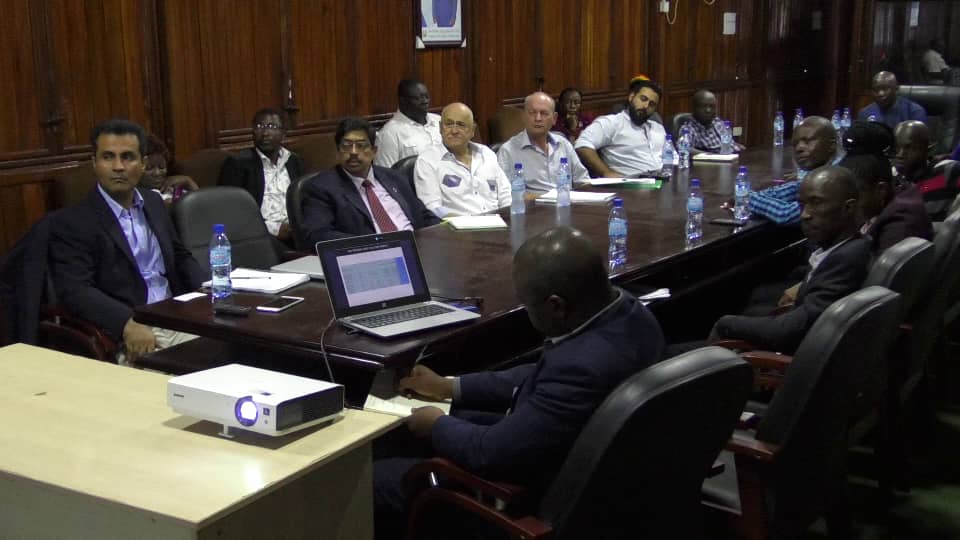 The Produce Monitoring Board (PMB) which is charged with the responsibility of regulating and improving the marketing of produce in order to optimize the export earning of farmers in the country has received a Cost Benefit Analysis Model from two consultants who were hired by the International Trade Centre to look into the three marketing systems; the free marketing system, board marketing system, and price stabilization funds in Ghana, Ivory Coast and Sierra Leone.

Presenting the Cost- Benefit Analysis, the two consultants, Ajmal Abdulsamad and Professor Fernando Fernholz said ‘we have done and analyzed different cocoa production models in West Africa focusing on Sierra Leone, Ghana and Ivory Coast and we have compared the benefit of these different models.

They mentioned that the reason for CBA is to inform government to examine which kind of model to be adopted in the development of the cocoa sector in Sierra Leone. The research team undertook a review on the role of policy interventions in West Africa cocoa sector, focusing on Ghana and Ivory Coast. The team also presented key lessons from cocoa market reforms in West Africa, focusing on the drivers and consequences of reforms in cocoa marketing system.

The team also presented a well – developed detail of the Cost- Benefit Analysis model which combines quantitative modelling and qualitative approaches to evaluate and compare costs, benefits and risks involved in adopting the models by Sierra Leone in the following three cocoa marketing systems. The model will assess net financial and economic returns as well as risks involved.

The CBA model will comparatively show economic soundness of the different marketing systems from the point of view of government’s fiscal impact and the cost, benefits and risks implicated on the farmers, local traders and exporters in the country.

The Director of  Produce Monitoring Board (PMB) Didan Sankoh said that the Cost-Benefit Analysis was based on the findings the two consultants had from stakeholders in Ghana, Ivory Coast and Sierra Leone.

He said that the consultants were in Sierra Leone in July 2019 where they did a lot of interviews with exporters, government stakeholders and other players and that they went to Ghana and Ivory Coast to look at their exporting models.

He noted that when they came in as a new management, they realized that the Cocoa business was not properly managed so they decided to do a research by hiring consultants to look at the different models across West Africa, including the model in Sierra Leone and proffer solutions. He pointed out that based on these analyses, they would be able to present to stakeholders within government and other private sectors to examine the three models and give their inputs as to which one Sierra Leone will adopt or whether to adopt the current free market model.

Mr. Sankoh also informed the Press that the research was funded by the International Trade Centre of the United Nations.

This comparative assessment seeks to give the current status of cocoa sector in Sierra Leone.