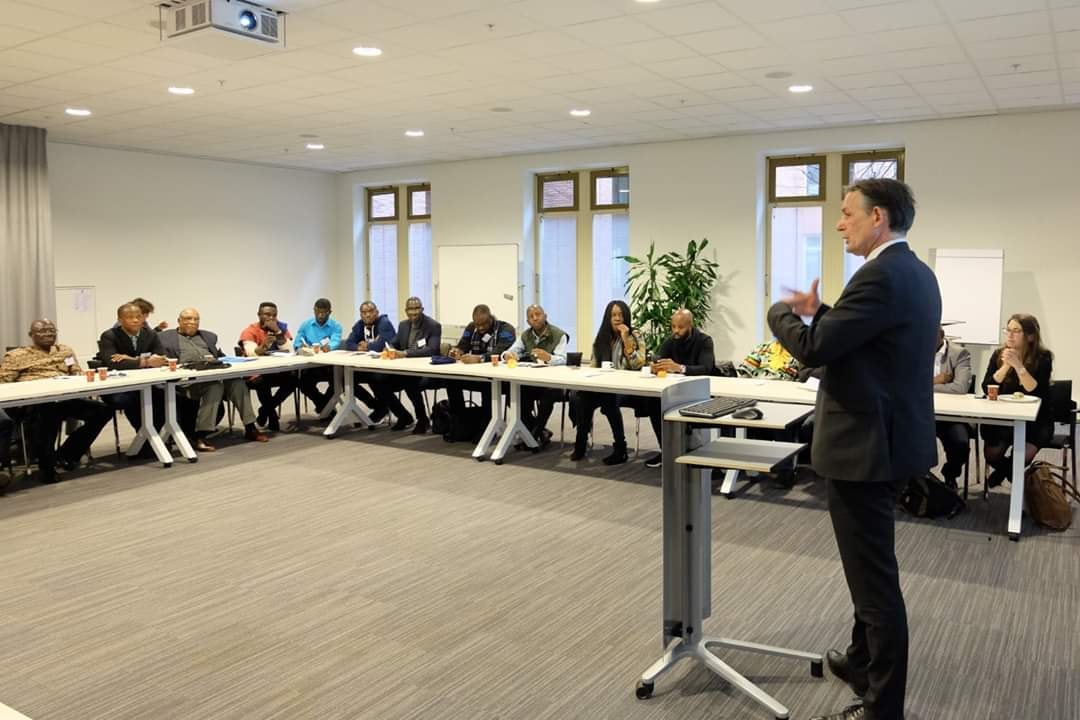 Sierra Leone, Liberia and Guinea have participated in a Cocoa Market Orientation Mission to Brussels and Amsterdam with funds from The Centre for the Promotion of Imports from Developing Countries (CBI) under the Ministry of Foreign Affairs of the Kingdom of Netherlands.

Representing Sierra Leone, the Produce Monitoring Board facilitated the participation of 3 cocoa exporting companies and 4 cocoa cooperatives after a rigorous assessment of their systems and processes by PMB and CBI and facilitating the development of their export development plans:

The same number of exporters and cooperatives were also selected from Liberia and Guinea through the appropriate agencies from those countries. The programme for this Market Orientation mission was carefully composed for participants, as one of the first activities in the Export Coaching Component of the Netherlands Trust Fund Project, in order to understand the European cocoa market better. The Market Orientation Mission provided unique opportunity for participants to network and benchmark with other participants and European market actors during. The first stop was in Brussels where participants had the opportunity of visiting and creating networks with big chocolate makers like Belvas and a cocoa museum in the centre of Brussels for 2 days. The team proceeded to Amsterdam where participants attended the Chocoa Festival (a cocoa trade fair and chocolate makers forum) and as well visited big chocolate companies like J. S. Cocoa (that specializes in buying blackpod cocoa and cocoa with other defects); Tradin Organic (which now has a big presence in Sierra Leone); Cragill; E-Com; Beemstar Chocolate; Doamhouwer (which used to operate in Sierra Leone in the 80s); Vollers, etc. We also visited chocolate shops that specialize in sourcing fine and flavor cocoa.

What makes Europe an interesting market for cocoa?

Europe is an interesting market for cocoa since it is a very diverse market. It is also the world’s largest chocolate manufacturer and exporter market. European buyers source cocoa beans from different origins and of different qualities to cater for the broad demand of a diverse cocoa and chocolate industry. Consequently, Europe offers opportunities for suppliers of both mainstream and specialty cocoa.

Europe is the world’s largest cocoa market. When it comes to chocolate confectionery sales, for example, Europe had a global market share of 49% in 2018, reaching an estimated value of €44 billion. North America came second with 21% of the market. In Europe, Germany dominates chocolate sales, followed by the United Kingdom. Europe also accounts for the largest chocolate exports, accounting for more than 70% of global exports.

Given the important role of Europe in chocolate manufacturing, exports and consumption, demand for cocoa beans is high in Europe. Europe accounts for the largest cocoa-grinding activities in the world, with more than 37% of the market in 2018. Asia is the world’s second largest region for grinding activities (23%).

The demand for cocoa beans will continue to rise, especially with new chocolate consumption trends in countries like China and Japan – and this project aims to take advantage of this to help position Sierra Leone, Liberia and Guinea and its farmers and exporters to make the best out of this. In Europe, the chocolate market is expected to grow at an average annual rate of 3% from 2020 to 2022. Most growth will come from western Europe. A key factor in this market increase is the growing demand for dark chocolate. This trend is closely linked to consumer interest in healthier chocolate alternatives.

CBI is working with PMB to take these cocoa cooperatives and exporters through a journey that will ensure the networks created are strengthened until they are able to build trust within the supply chain and are able to export good quality cocoa beans that will attract premium prices from international buyers – starting this year’s cocoa season which commences in September.

We are not only keen on exporting cocoa beans as raw material, but to also encourage some grinding of the cocoa beans in-country. Already, one of the big exporters of cocoa in Sierra Leone, Capitol Trading (who also produces Sierra Juice and Sierra Water) is assembling a machinery plant in Kenema to start producing cocoa liquor which will be exported as secondary product. We did a first visit to the site in December 2019, and another is being scheduled for March. We strongly believe that by grinding more cocoa beans at origin, Sierra Leone will increase the value of its export and protect the economy.

Already, PMB has gained some form of global recognition in the global cocoa trade after being awarded as one of the best 50 countries with quality cocoa during the 2019 International Cocoa of Excellence Awards in Paris – a position we beat Liberia, Guinea, and Nigeria to. This is generating interest in the Sierra Leone cocoa sector.