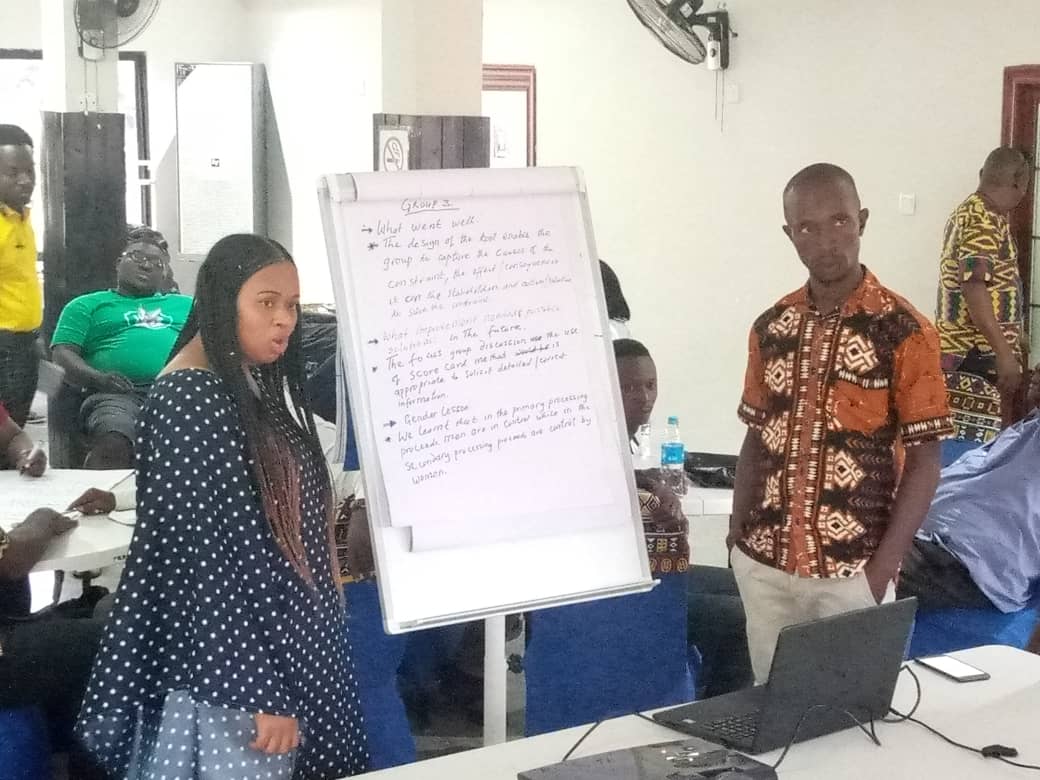 SheTrades West Africa Project funded by the Korea International Corporation Agency (KOICA) and implemented by the International Trade Centre has ended a three-day training from the 19th– 21st May 2021 for staff of Produce Monitoring Board on gender and cashew. The training was held at the Royal Hotel in Makeni.

Key objectives of the training were as follows;

Understand gender concepts clearly and relate them to daily lives and how men and women act in society.

Understand the effects of gender dynamics on agricultural production and the development of farming.

Madam Barrie said some of the selection criteria for a beneficiary include; The woman farmer should have 10 acres of land, a database of farmers and must have been in cashew farming for a couple of years.

She added that the training will enable the extension service officers of PMB to be more sensitive in gender inclusivity towards farmers, processors and traders.

According to the Director of Produce Monitoring Board (PMB) Didan Sankoh, PMB is grateful for such training and will ensure the skills acquired be incorporated in their areas of operations. He added that the International Trade Centre has been always supportive to PMB in providing pieces of training to the staff and farmers in improving the Cashew, Cocoa and Coffee sectors. He assured SheTrade West Africa that PMB will be working in close collaboration with them to ensure the monitoring and evaluation tools adapted be properly implemented for the development of the cashew sector.