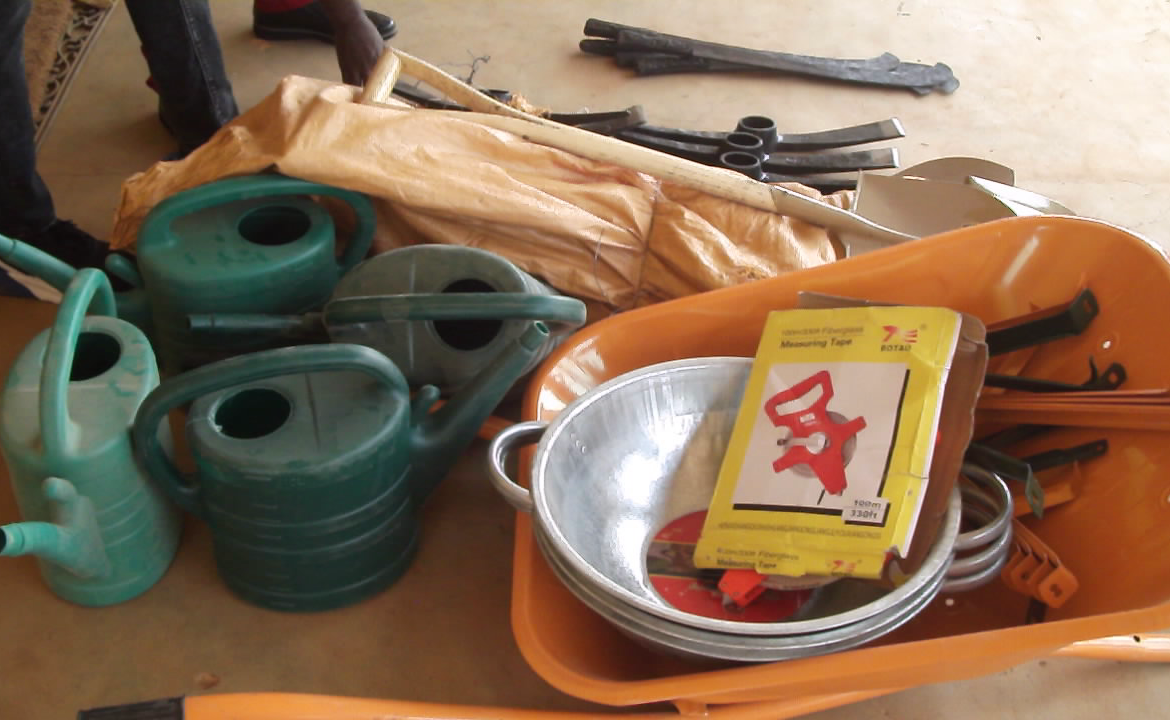 The distribution of prizes to the 2nd Quality Produce Fair award winners brought winners from the three districts in the East  and the south (Kenema, Kailahun and Kono and Bo) in Kenema and winners from three districts in the North (Kambia, Port Loko and Bombali) in Kambia to receive the remaining 50% of their winning package. In various meetings cooperative farmer representatives, Local Heads and journalists and others graced the hallmark event.

The Regional Manager East Mohamed Kallon welcomed and congratulated the award winners for displaying quality produce in the last 2018 Quality Produce Fair of which they will awarding prizes .He reminded the gathering that the PMB in October 2019 distributed 50 % of  winning package to 2018 QPF Awardees. He said the remaining 50% which is the final package was to be distributed. He said the award of prizes to deserving farmers started in 2017 when the Produce Monitoring Board had its first Quality Produce Fair in Bo Coronation Field, Bo City.

He said from past experiences giving monies as award prizes had brought so much controversies among cooperatives which had led to disintegration and therefore to ensure sanity PMB believes to provide items that will be much relevant to the awardees.

He also acknowledged the efforts of other members in the Produce value chain and encouraged them to work in partnership to enhance the quality of the commodities that they produce in conformity to international standards. He spoke of the cordial relationship that PMB has with members in the Produce sector in the Eastern region which has contributed significantly to the smooth work of the institution.

He said the funds are provided by government through the Ministry of Finance. He said there were eight categories of winners but because of limited financial position of PMB they were prioritized in terms of the categories that will receive award prizes limiting them to cocoa, coffee, cashew, rice and palm oil.

He said a need assessment was done to identify the felt needs of farmers so that PMB will be able to respond to some of the challenges faced by farmers in their farming activities. He said following the requests made by the Farmers, PMB procured agricultural related tools, bags of rice (Food for work) for the winners of 2018 Quality Produce Fair together with transport refunds as an aid to facilitate their movements.

Among the items that were distributed were; shovels, head pans, wheel barrows, cutlasses, mattocks, rubber drums, jelly cans, scarpering basket among others.

Mr. Mannah stated that the Quality Produce Fair is a platform that promotes production and value addition in the produce sector. He added that the QPF also creates a market platform where buyers and sellers meet and conduct business.

He said a total of fourteen awards were given to Farmers’ Cooperative in the East, South, North and Western area for the 2018 Quality Produce Fair. He highlighted the various categories of awards. Among are;

He told the Farmers that the Executive Chairman Dr. James Vibbi is calling on them (Farmers) to utilize the agricultural tools for their intended purposes and ensure they add value on their produce so that they compete in the international market.

He admonished the Farmers to enhance quality on their produce citing a Farmer Sahr Bangura who represented Sierra Leone in France at the Cocoa of Excellence Award 2019 as his sample was selected among the first 50 best samples that were submitted by 166 countries around the world. He said the performance of Sahr Bangura from Kono district has sets the pace for other farmers to follow and it should also serve as motivation to other farmers in working towards improving on the quality of the agricultural commodities they produce.

He however acknowledged the cooperation of farmers and partners to the success of the 2018 Quality Produce Fair.

Mr. Mannah said modalities are been put in place for the distribution of prizes to the 2019 Quality Produce Fair award winners in March 2020. He expressed hope that the 2019 QPF prizes will be given in full.

The Regional Manager North West Brima Turay spoke of PMB’s role in promoting agriculture in the county. He said the Produce Monitoring Board has been supporting farmers with training. He added that ginger input was the first support that PMB gave to farmers in Kambia district and ever since the institution has been working with farmer groups from various chiefdoms.

He said he will ensure that PMB’s work in the district is optimized in all chiefdoms. Mr. Turay informed farmers that PMB’s Quality Control Officers are embarking on monitoring of farms as well as providing extension services.

Local Authorities and other stakeholders expressed thanks to PMB and the Ministry of trade for supporting Farmers and stressed the importance of Agriculture to the country’s economy.

One of the Awardees from Ndevuyama Women’s Cooperative Bo, Mariama Nguajah  Bangura expressed thanks to PMB and the government for the support noting that the support from PMB has motivated them and other farmers to enhance quality on their produce.She called on women to pay attention in Farming so that they will supportive in their homes and their community.

Another beneficiary from the Gao Farmers’ Cooperative who won the 1st position for the best quality cocoa producer from Kailahun Enatorma Kallon expressed thanks and appreciation to PMB and the government for the awards given to them. She said the award is a big boost to enhance their production and noted that the cooperation of their farmers earned them the award and she promised on behalf of members of her cooperative to continuously work towards improving quality on their produce.

A community elder Kenema city Foday Samija gave similar sentiment for PMB and registered his commitment to work with PMB in promoting Agriculture in the country.