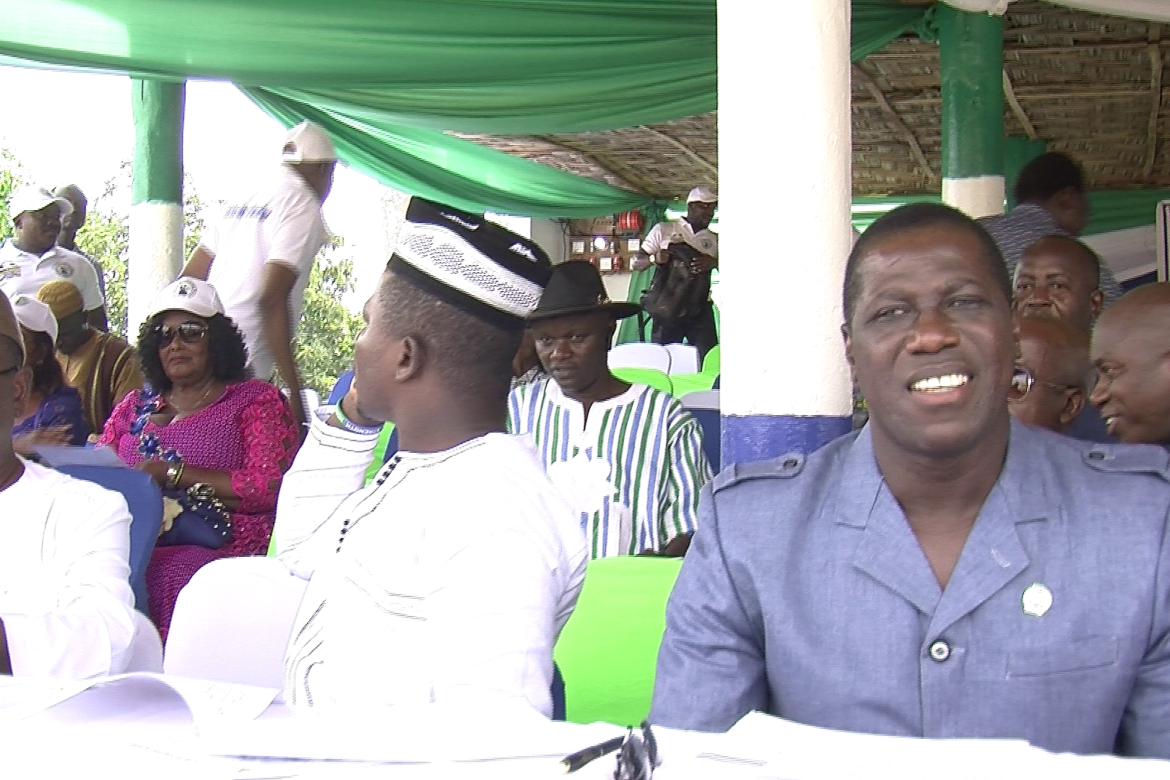 The Chief Minister, Prof. David Francis has commended the Executive Chairman of Produce Monitoring Board Dr. James Vibbi for reviving the Agricultural Cacao show which he said will help to encourage farmers and promote produce in the country.He made the commendation during the 3rd Quality Produce Fair held in Kenema.

He said that government is determined to transform agricultural produce in line with international standards. He said the third Quality Produce Fair (QPF) will help farmers to know how to take care of their produce and improve on quality.

He recalled that the cocoa show was one of the best shows in Sierra Leone where all farmers across the country assembled to show case their different produce; noting that it has been a long time since the cocoa show stopped functioning, but bringing back the show is a great move by the PMB Executive Chairman and his team. This, he said, will motivate farmers to concentrate on their farming. He informed the audience that President Julius Bio is very much happy in reviving the Kenema Cacao show, assuring that His Excellency and his government is ready to support PMB on such moves.

He told farmers to take agriculture very serious, because it is the backbone of every country’s development and he encouraged farmers to focus on large scale farming. He called on them to always collaborate with PMB to promote agricultural in the country.

Professor Francis furthered that this Fair will expose farmers and teach them on how to take care of their produce in order to meet international market standards.

He reiterated that recently Sierra Leone’s cocoa was recognized among the best 50 cocoa beans in the world. He furthered that government’s support to the Quality Produce Fair is a manifestation that the new direction is determined to promote the agricultural sector, noting, that agriculture is one of government’s main priorities in the New Direction and aimed at 90% of Sierra Leoneans engaging in farming.

The Executive Chairman, Produce Monitoring Board (PMB), Dr. James Vibbi noted that this is the third Quality Produce Fair organized by PMB,  which is aimed at bringing farmers together to showcase their different kinds of produce.

He stated that the fair was organized for, and on behalf of Farmer Cooperatives in order to promote trade and investment in the country.

Dr. Vibbi informed the audience that the Board will be focusing on different crops like Cocoa, coffee, cashew nut, ginger, palm oil and rice and that the best quality produce will be revealed at the end of the assessment by a team of credible produce inspectors and the winners will be given awards for best produce. He emphasized that to increase the quality of produce, they are in collaboration with their partners in the produce value chain to continue conducting trainings for their farmers, so that their produce will meet international standards.

He reiterated that Sierra Leone’s cocoa was recognized among the best 50 cocoa at the Cocoa of Excellence Award in Paris, France where a Farmer Sahr Bangura from Kono was awarded as the best farmer in Sierra Leone.

He encouraged Sahr Bangura to do more, urging others to emulate him. He used the occasion to urge all farmers to register their business with the Government.

He thanked President Bio, Ministry of Trade and Industry and their development partners for their continuous support.