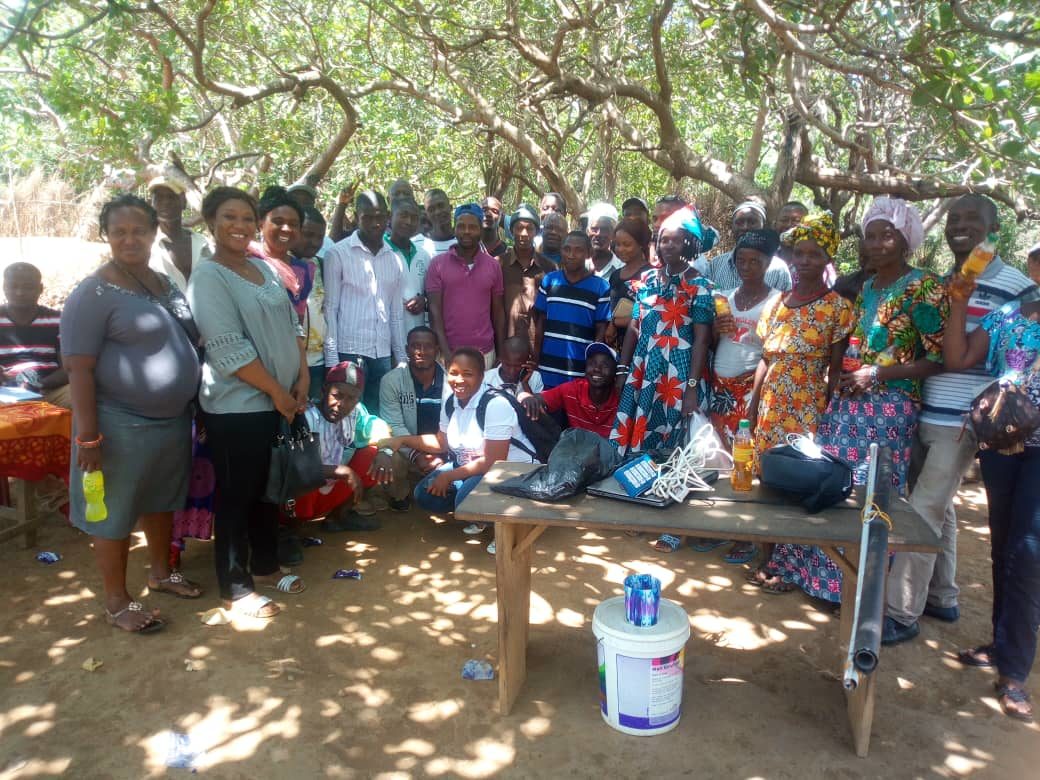 Produce Monitoring Board (PMB) conducted its first awareness raising exercise on cashew pricing and quality standards in all major cashew producing districts (Kambia, Port Loko and Bombali/Karene) within the North-Western Region of the country, from the 22nd to the 26th of April, 2019. The awareness raising sessions were also followed by Radio Discussion programs in various districts. The awareness raising campaign on cashew pricing and quality standards was mainly focused on the indicative price and factors that influence its generation, means of disseminating the indicative price, what is quality, categories of defects, Good Agricultural Practices (GAP) and the roles and responsibilities of  farmers to enhance quality in the Cashew Sector.

Since the establishment of the PMB, the Board has been giving indicative prices for cocoa and coffee which is predominantly in the South and Eastern provinces; daily indicative price for cashew is yet a challenge for the Produce Monitoring Board. Incorporated in this awareness raising campaigns was the use of both the multimedia (audiovisual and radio), and experience sharing sessions with targeted cooperative farmers, cashew dealers, cashew processors, cashew exporters and other stakeholders (total of 150), to raise their awareness about PMB and its mandate in generating, disseminating and promoting commodity (cashew, cocoa, coffee, etc.) prices and quality standards.

The awareness raising materials (presentations) of the exercise were tailored to capture elements that necessitated the achievement of the set objectives which included; enhancing the knowledge of members of cashew value chain on the mandate, Roles and responsibilities and operations of the Produce Monitoring Board; raising awareness among targeted beneficiaries about cashew pricing and quality standards and providing training on quality enhancement in the cashew sector

During the awareness raising sessions it came out clear that most of the beneficiaries were not aware that there is a competent authority that is responsible for calculation and dissemination of the Indicative Price of various produce, most farmers do not have quality considerations when processing harvested cashew nuts, most traders are still using the pound and other units (pan, bowl, bucket, etc.) for measuring cashew instead of the kilo which is a recipe for defrauding the farmers, cashew traders are engaged in the sector without acquiring the appropriate Produce Dealer License and it also came out clear that bush fire is one of the major threats militating against increase in cashew production in the country.

Some of the key outcomes of the awareness raising campaign include the identification of Focal Persons for targeted districts for the dissemination of the indicative price of cashew and a new alliance (trust) has been established between PMB and cashew farmers in Kambia, Port Loko and Bombali/Karene.